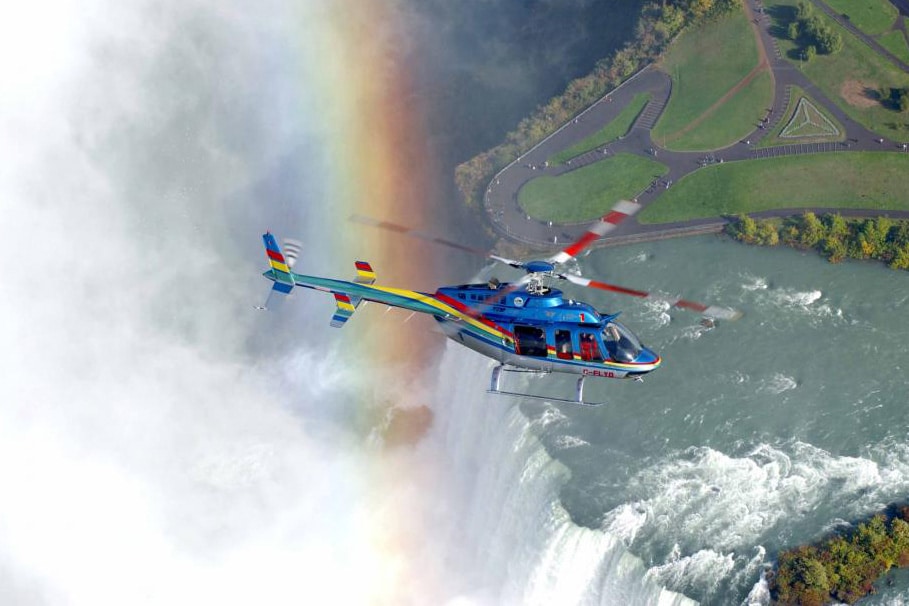 The Beauty and Power of Niagara Falls

The mesmerizing beauty of Niagara Falls, Ontario draws approximately 30 million visitors a year. Local residents know the true strength and beauty of the Falls which is a powerful example of Nature’s awe-inspiring force —one that commands respect.  Still, a number of people have tried to tame the Falls in death-defying stunts. Some of these thrill seekers have even lived to tell their tale.

Annie Taylor – The First Person to Take the Plunge and Survive

Annie Taylor, a school teacher from Michigan was 63-years old when she went over the Falls on October 24, 1901, strapped to a barrel. Amazingly she survived. How did she do it? She was strapped into a special harness in the barrel which was towed into the mainstream of the river and let loose. Spectators held their breath for seventeen minutes – the time it took from the plunge down the Falls until the barrel was close enough to the Canadian shore to be retrieved. Annie Taylor was relatively unscathed, although she did suffer a cut to her head and remarkably she became the first person to ever survive a trip over the Falls.

Did Mrs. Taylor’s Cat Accompany Her Down the Falls?

Although Niagara Parks claims that Annie Taylor was strapped to the barrel along with her cat, other sources report that the cat with which she is photographed with after her trip down the Falls actually went down two days before Annie to test if the barrel and strap system were safe. The cat did survive the drop.

Other Attempts to Go Over the Falls Are Not So Lucky

According to the History Channel, Jean Lussier followed in Annie Taylor’s footsteps in 1928 and lived to tell the tale, as did Canadians Peter DeBernardi and Geoffrey Petkovich who went over together in 1989. However many others were not so lucky:

In 1995 Steven Trotter and Lori Martin survived the drop over the Falls together in a barrel but theirs was the last attempt. The Niagara Parks Commission has since refused to issue permits to people who want to plunge over the Falls.

According to the History Channel, Jean Francois Gravelet-Blondin (also known as the Great Blondin) successfully executed a series of tightrope walks across the Niagara gorge in the summer of 1859. Blondin is one of many people who have successfully walked across the falls, others include:

The only tightrope walker believed to have died while crossing the Falls was Stephen Peer who died in 1887. The native Ontarian’s body was discovered a few days after he disappeared in what authorities thought was a failed attempt to cross at night.

Today, many Fallsview thrill seekers still flock to Niagara Falls, but for stunts in more controlled and sanctioned settings. If you want to test your limits, then check out the following thrilling attractions:

If you are visiting our Hotel in Niagara Falls in search of an adrenaline-pumping good time then consider staying at Holiday Inn by the Falls, just steps away from the falls and located next to the famous Skylon Tower, which has its own history as a base jumping hotspot. With one of Holiday Inn’s Packages, you can enjoy discounts at the Skylon Tower restaurant and gift shop.

< Deciding Where to Stay in Niagara Falls Means Considering Location
Niagara Falls for Family Day and March Break >
This post is password protected. Enter the password to view comments. 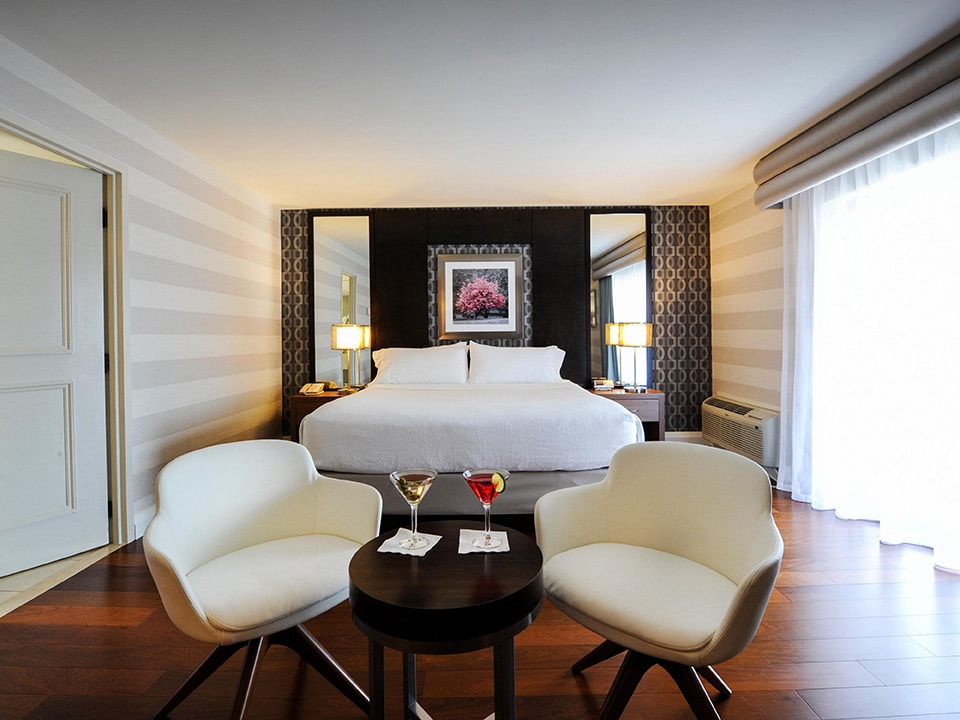 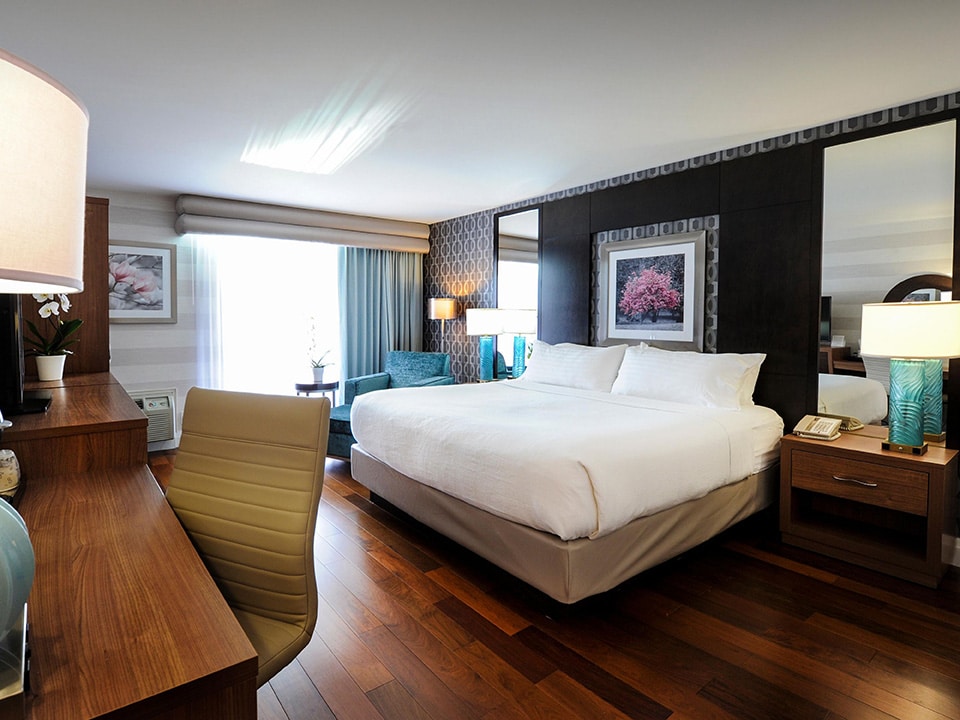 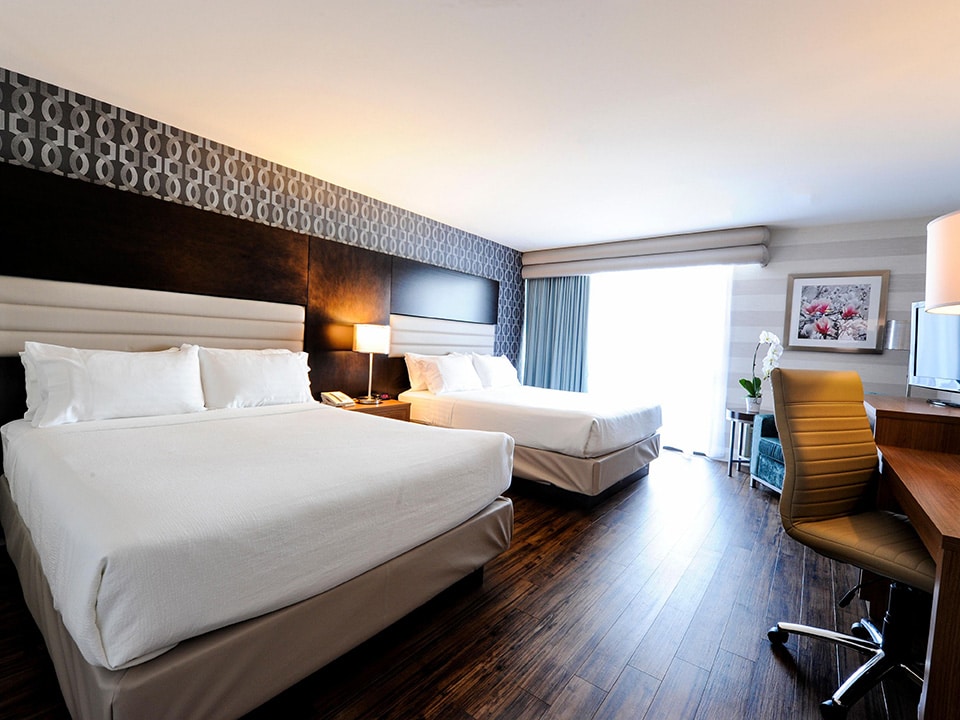